I found the game against Iceland very frustrating. Why he chose to go 4-3-3 completely changing the shape from the previous games I have no idea. Players didn’t seem to know their roles, we didn’t stretch the midfield and the attacking fallbacks didn’t overlap.

Hodgson changed the shape of the way we generally play and it didn’t suit the team. Why he doesn’t start with Vardy who is the best inform striker and he chose not to pick a single winger when English football is all about wing play.

So Roy Hodgson has just stepped down from his role. It’s time to change and freshen up the English coaching staff, someone younger who knows the game and won’t experiment in a major tournament.

What on earth were they thinking with this new update? I swear the game has gone back in time, 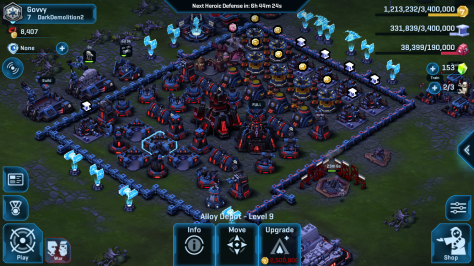 It’s not the play mat I am talking about but the surrounding elements,

Even the chat interface looks like it has a few buttons of the Star Trek kind! 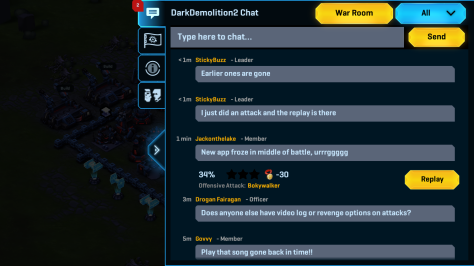 LCARS has taken over!!

I don’t know why I watched this show! At times it’s good and at times I find it really bad. Season One just finished the Friday past here in the UK on Sky One.

The intro sequence seems really cheesy to start with and you have actors return from previous incarnations. Dean Cain who played Superman in Lois and Clark, has a cameo role as Supergirl’s step dad and even Laura Vandervoort who played Supergirl in Smallville plays an arch enemy.

So throw in Ally McBeal with Kara (aka Supergirl) and a load of others and the show is off and running. Some really dodgy CGI but some suprisingly good acting to cover up a multitude of filming sins. Jon Jonzz looked really bad in CGI form and the costume doesn’t work for me either. Although Supergirl’s outfit looks good it’s not perfect either. The top part of the uniform doesn’t hug her body like it should do.

I am not sure they have really brought anything new to the table. With Arrow, we have a darker, harsher, more violent universe. Flash is not so gothic as but has the suprising dark undertones which makes for a good show.

Supergirl is too clean and perfect which is a floor, if you look at the course of the viewing figures avaliable on the Wikipedia page you will see that the show   went from nearly 13 million views on the pilot down to just over 6 million for the final episode. This doesn’t bowed well for season two, but a loyal fan base may help.

Overall after a quick introduction, saving the city people from potential doom. A coming war between Kara and the exiled Kriptonians built up and then fell flat on its face. There was a lack of dynamic content, a feeling of two dimensional characterisation. This coupled with very basic story telling, an emotional wreck of a ride, maybe there is hope for season two, but I wouldn’t count on it if they stick to the same writers.In fact I may not even bother to watch season two…

Every so often I send people different greeting messages, the so called friends. Is it not polite to reply to a correspondance? I often wonder why I bother trying to be friendly at all. It’s hard for me to get off the ground, those mental blockers, the self restraint.

Traits we all have and yet the politeness of conversation, I don’t want to be spiteful or hurtful to anyone, but the steel cold silence is just as offensive to me as someone telling me to fuck off.

Is waiting a day for a reply too long, but no reply in a month? Did I send to the right person? Number correct, check, email correct, check. Social media name, correct.

I am helpless to understand why a simple hello will not suffice. As the sun sets this evening I wonder did I do something wrong? Am I wrong? What went wrong. The distance between friendship grows like continental drift. Soon friendship will be the endless oceon, lost at sea currents taking you in different directions. Maybe one day an old friend might wash up on my shoreline.