In the 1930s Mill Hill East tube station ran through all the way to Edgware tube station with one station called Mill Hill the Hale which didn’t last very long at all. This station was adjacent to Mill Hill Broadway station.

I’ve lived in the area for over 10 years now and I’ve finally walked round and did the first part of the route.

If you come out of Mill Hill East tube station you can walk round and up to see where the track finishes, then you can follow where the line would have gone through. A few bridges aline the route, then you walk between Metro golf course on one side with a football power league centre on the other side. Finally the end of the route terminates into Page Street.

I took some other photos of graffiti but not enough of the route. The are lots of trees on either side. On the other side of Mill Hill there is Lyndhurst Park, from there you can walk all the way through to Edgware to continue the train line route and I would like to walk that next time.

Staying in Venice Beach seems very trendy, it’s very much similar to Camden of London of which I know. First night here we went to get some food and I had a pretty average burger, but boy people are smoking a lot of weed here.

A few days later we went down to Washington Bvld to find a dive bar called Hinano Cafe we were told about where Jim Morrison of The Doors use to hangout. He apparently scratched his name into the bar, but that has now been taken out and moved to a museum.

Surf boards on the ceiling saw dust of the floor to soak up the beer and pool tables. 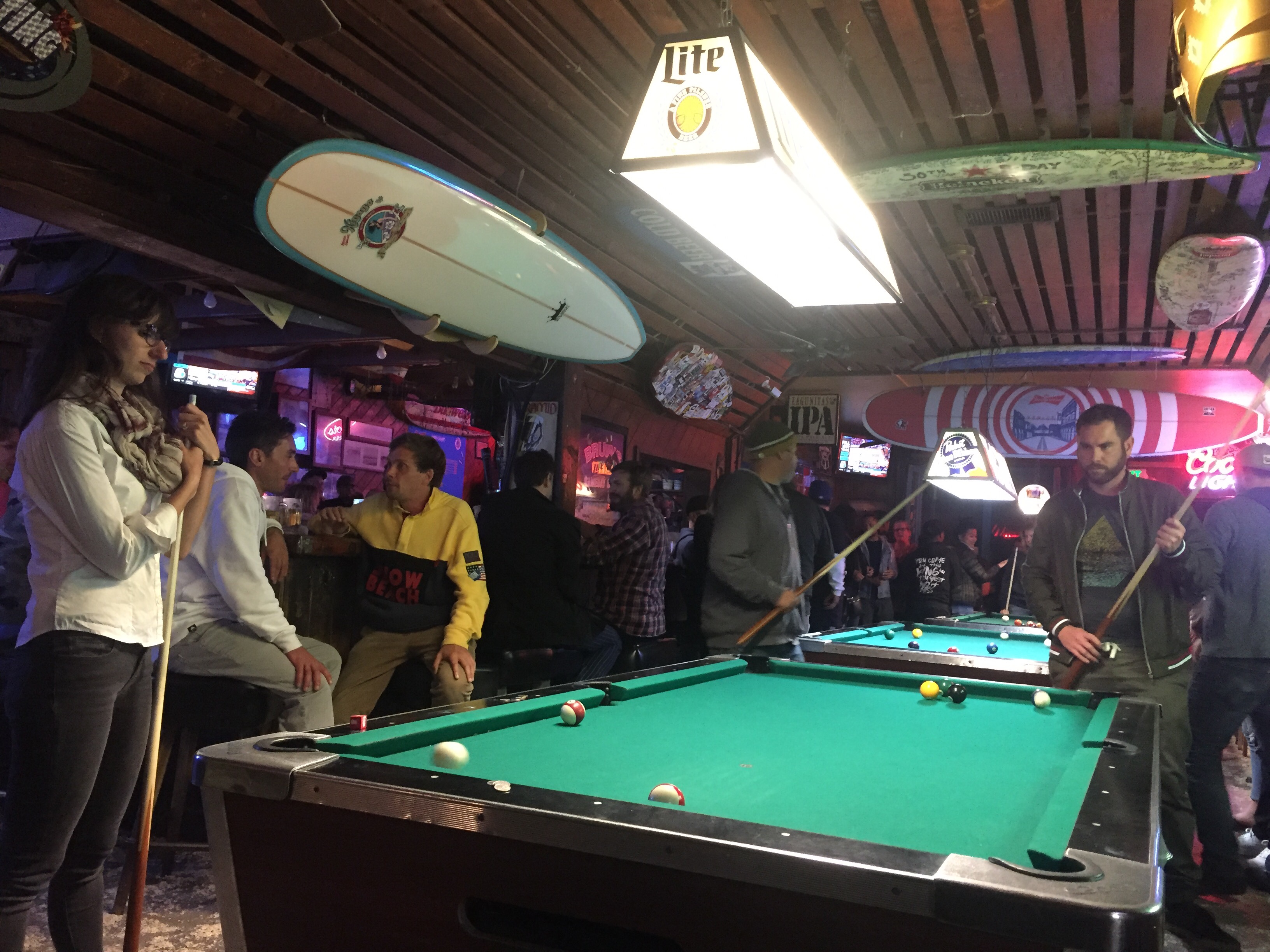 We played pool there I don’t know if they are the same tables from Morrison’s days.

Last Friday I was in Temple walking through Fleet Street and come upon St. Dunstan in the West. So I thought I would head inside for a look. It’s an impressive church in the heart of the city but sadly it also felt very neglected.

There was an eerie feel to the place, the pollution from all the passing traffic outside had soaked its way deep into the church. This effect darkened the place which would of been a lot brighter if had been looked after.

The bench cushions looked well used and could do with replacing, so I sat at the back on a bench that didn’t have one looking across hoping for someone to rescue this place. They are trying to raise millions to repair the church tower, I can’t spare that much, but I did donate a few quid in the collection box on the way out. 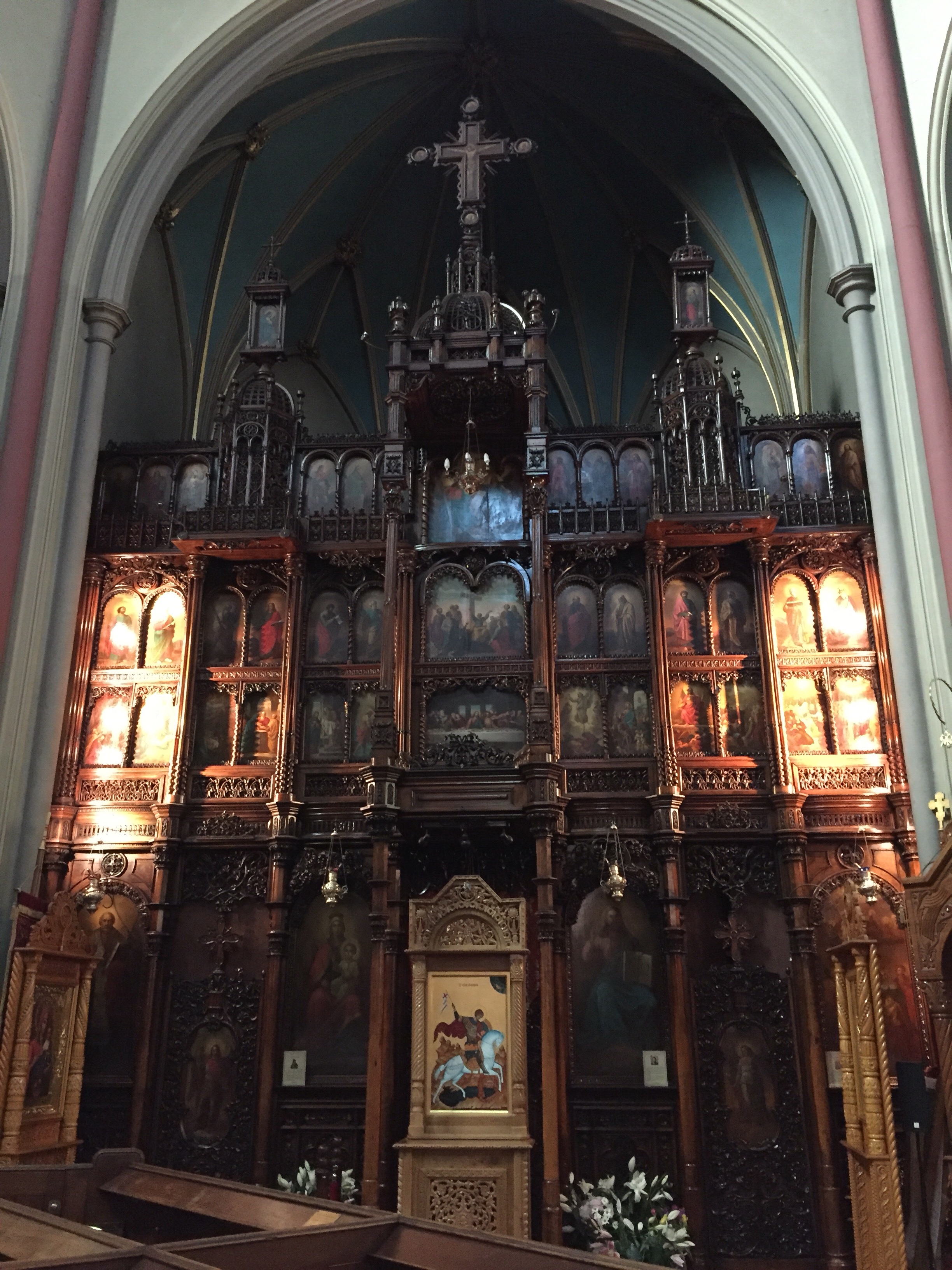 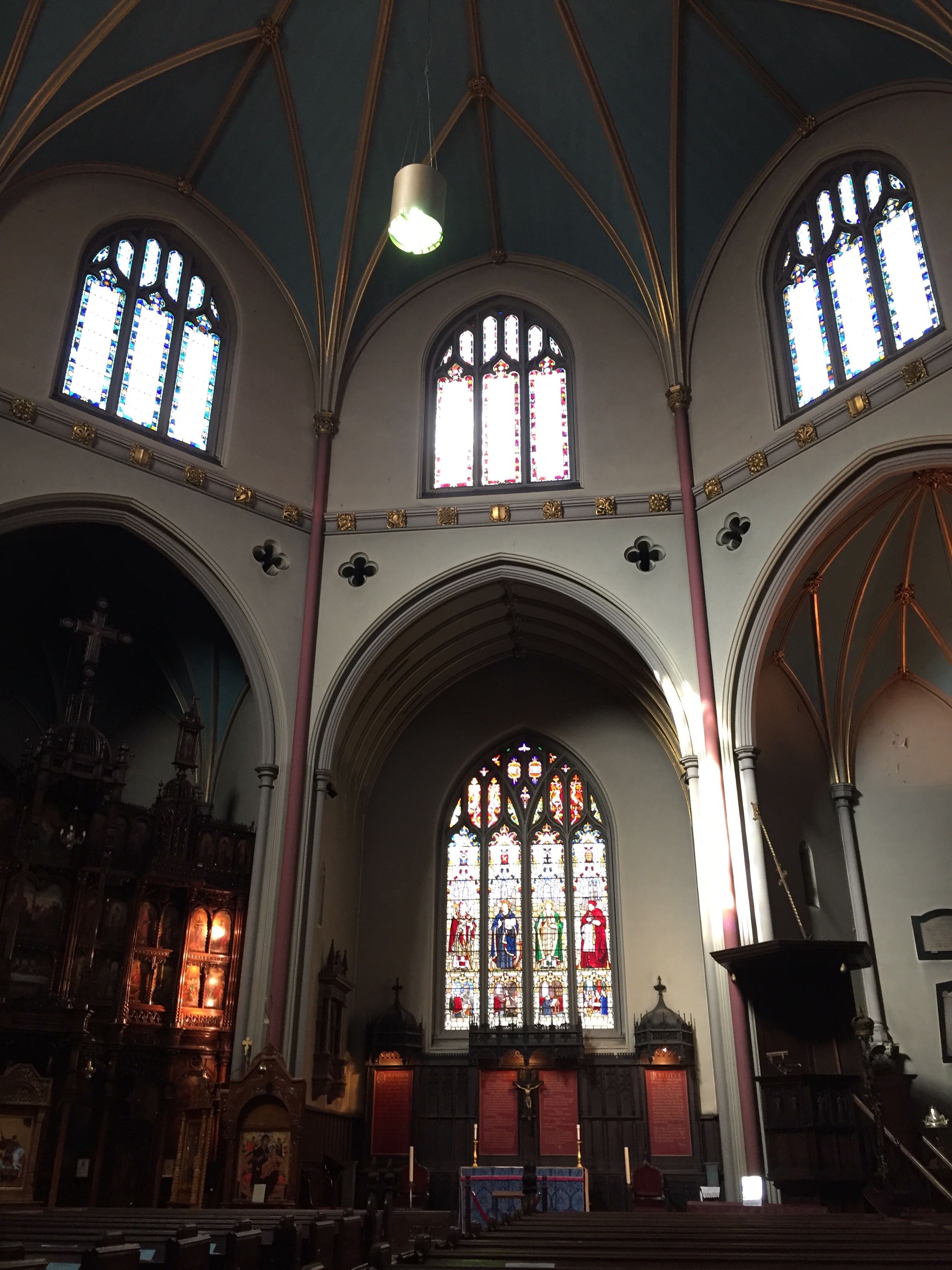 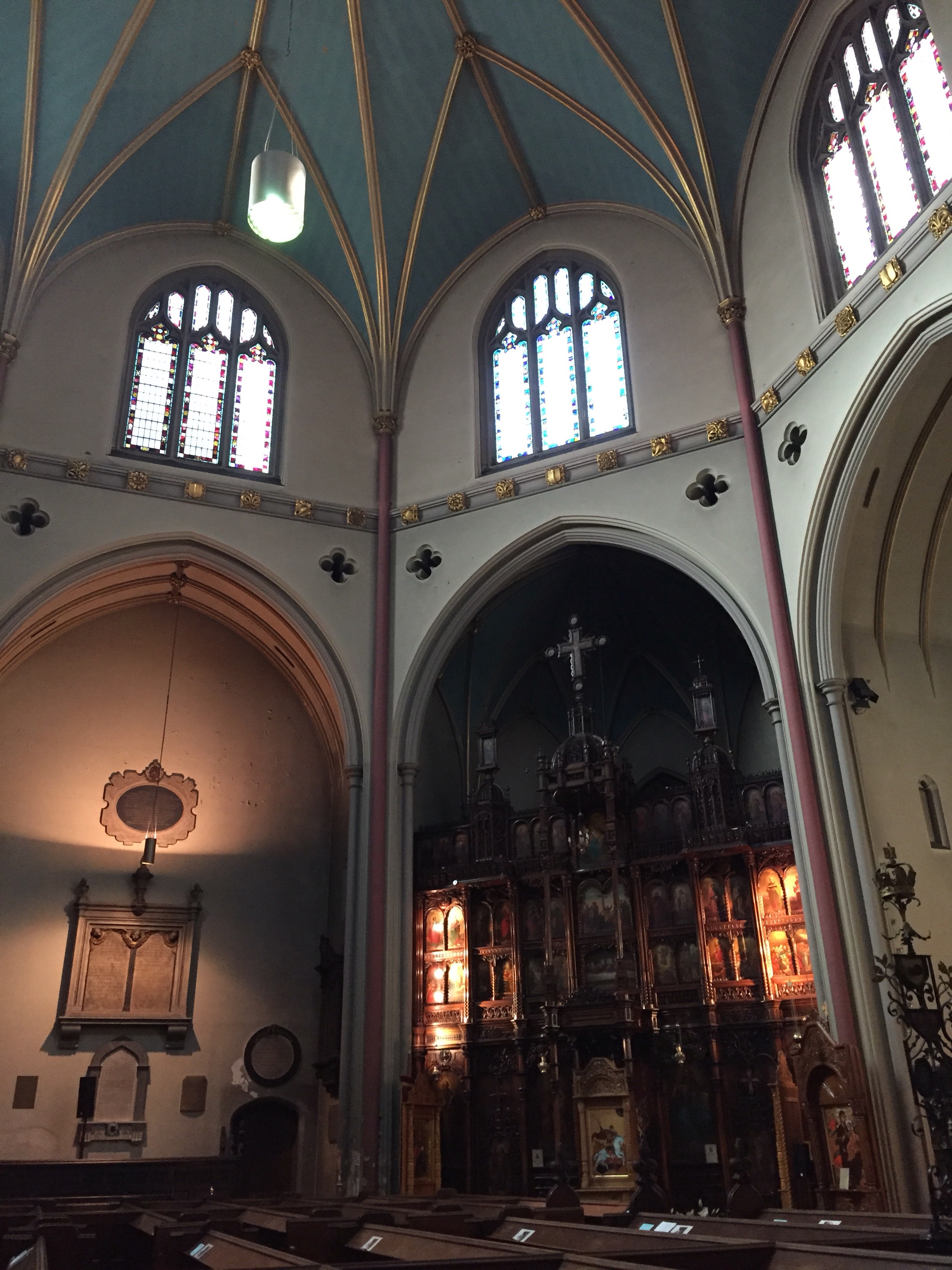 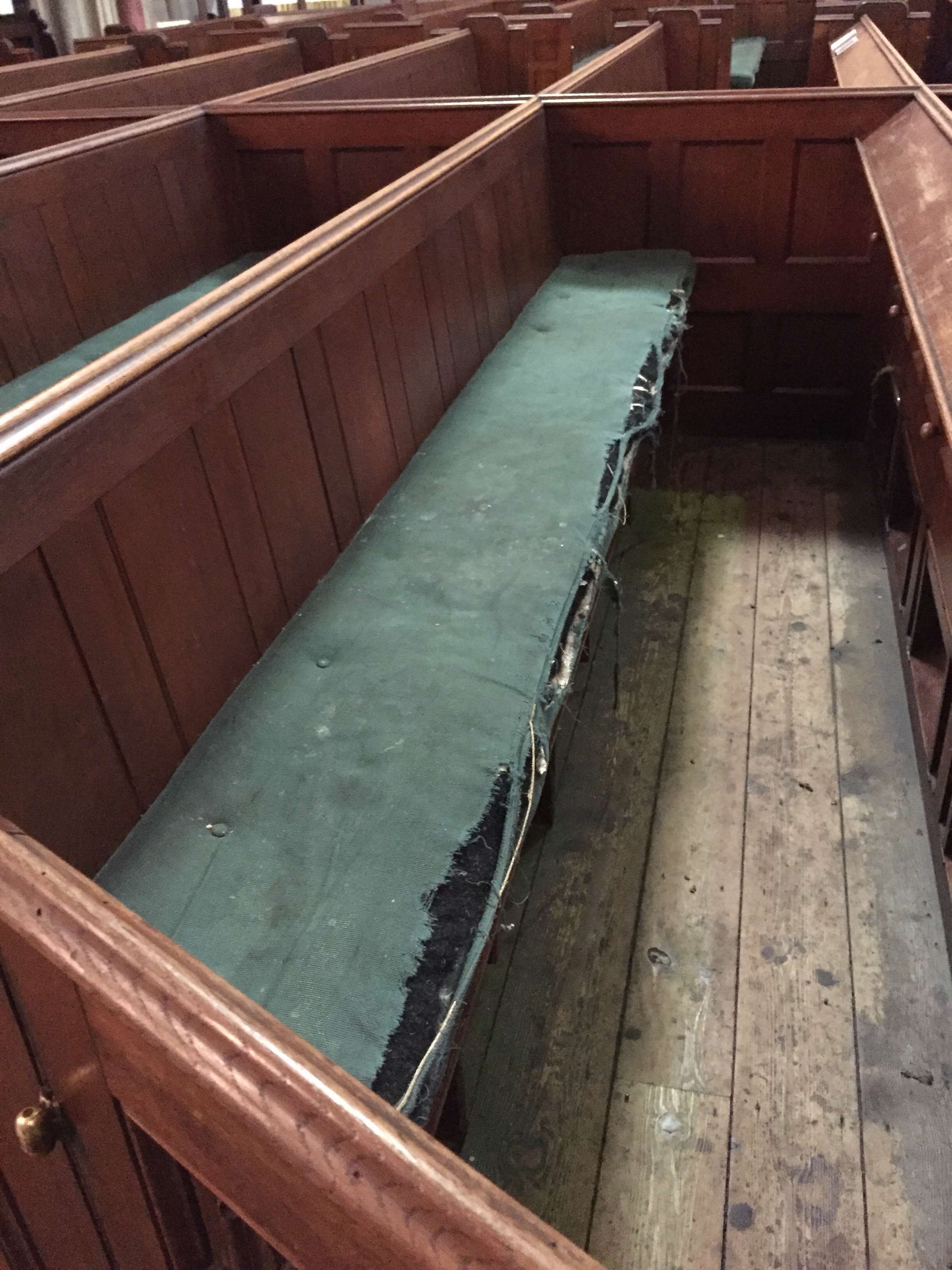 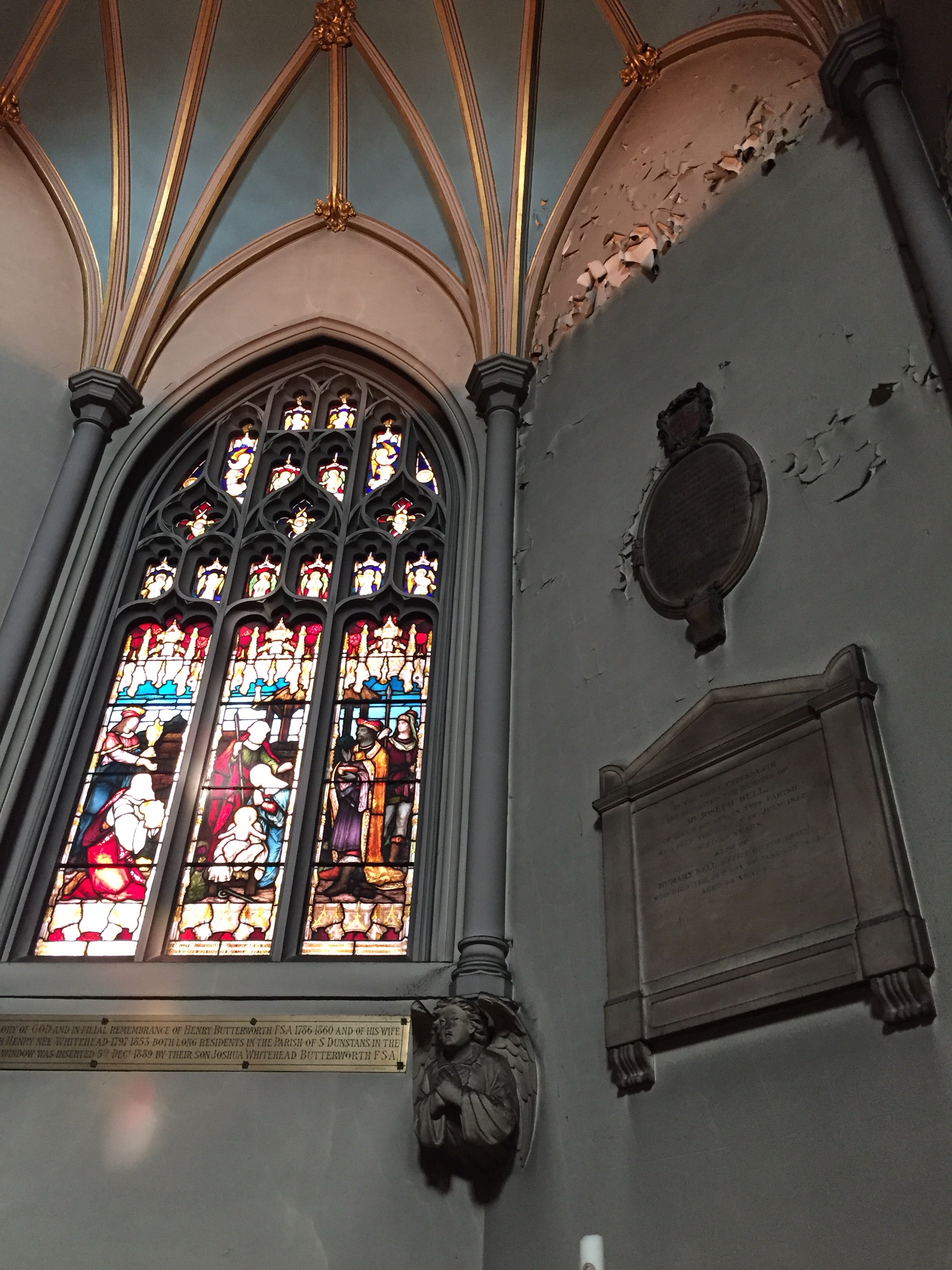 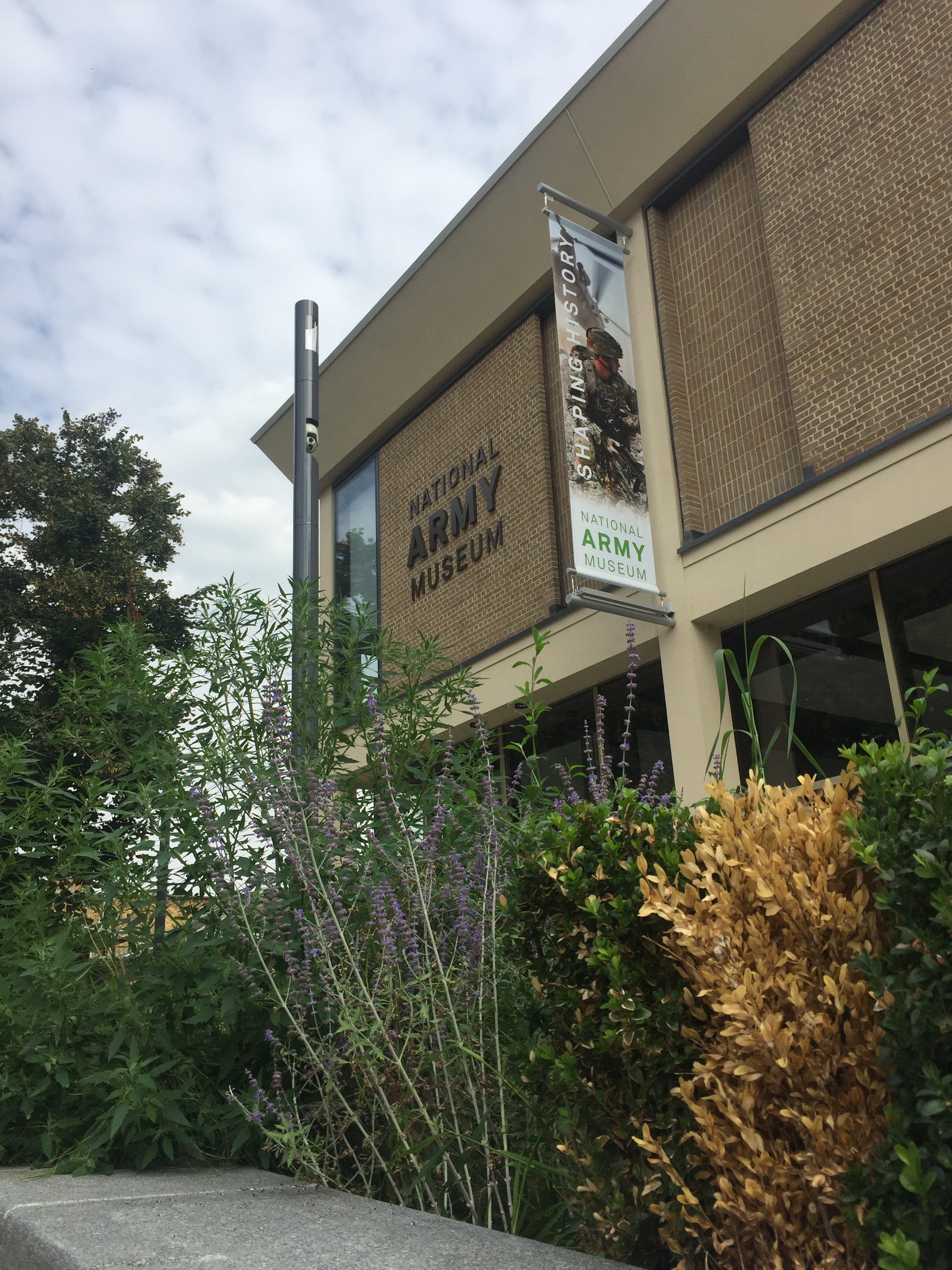 This is another museum that you can visit for free, walk in and view the exhibits. The first main exhibit on the ground level is about becoming a soldier. It obviously wasn’t clear enough on which side to start as a few people were going the wrong way around. You’re supposed to go from the right round to the left! As for this exhibit, I really wasn’t that impressed, you should be able to understand the whole concept if your school gave you a decent history lesson.

A few pictures, some weapons on display, descriptions of the different items, what a person in the army should carry. Then jumping into the devastation of war and the medical history needed to help the troops. For the vast subject that could be displayed it seemed to lack any flow and felt disjointed. That’s not to say they packed a lot in to it, but that can be too much.

The lower level was just drops in a vast ocean of different cultures. It felt more along the lines, ‘Look what we plundered!’

The top floor also felt jam-packed with signs, posters, memorabilia one side. Some stories and a collection of weapons and armour on the other. There was an interactive display for the battle of waterloo which didn’t feel that interactive!

The temporary exhibit War Paint: Brushes with conflict was far more interesting and had my attention span the longest. Even today we still have artists in the field of war, painting scenes which you can stand in front of for a good few minutes and make you think. The collection of artworks on display here offer more to the mind than the rest of the museum.

For the curious you might find something you like which will grab your attention, if you’re into war art or are an artist then maybe the temporary exhibit will take your fancy. But I don’t think this museum will work for everyone. 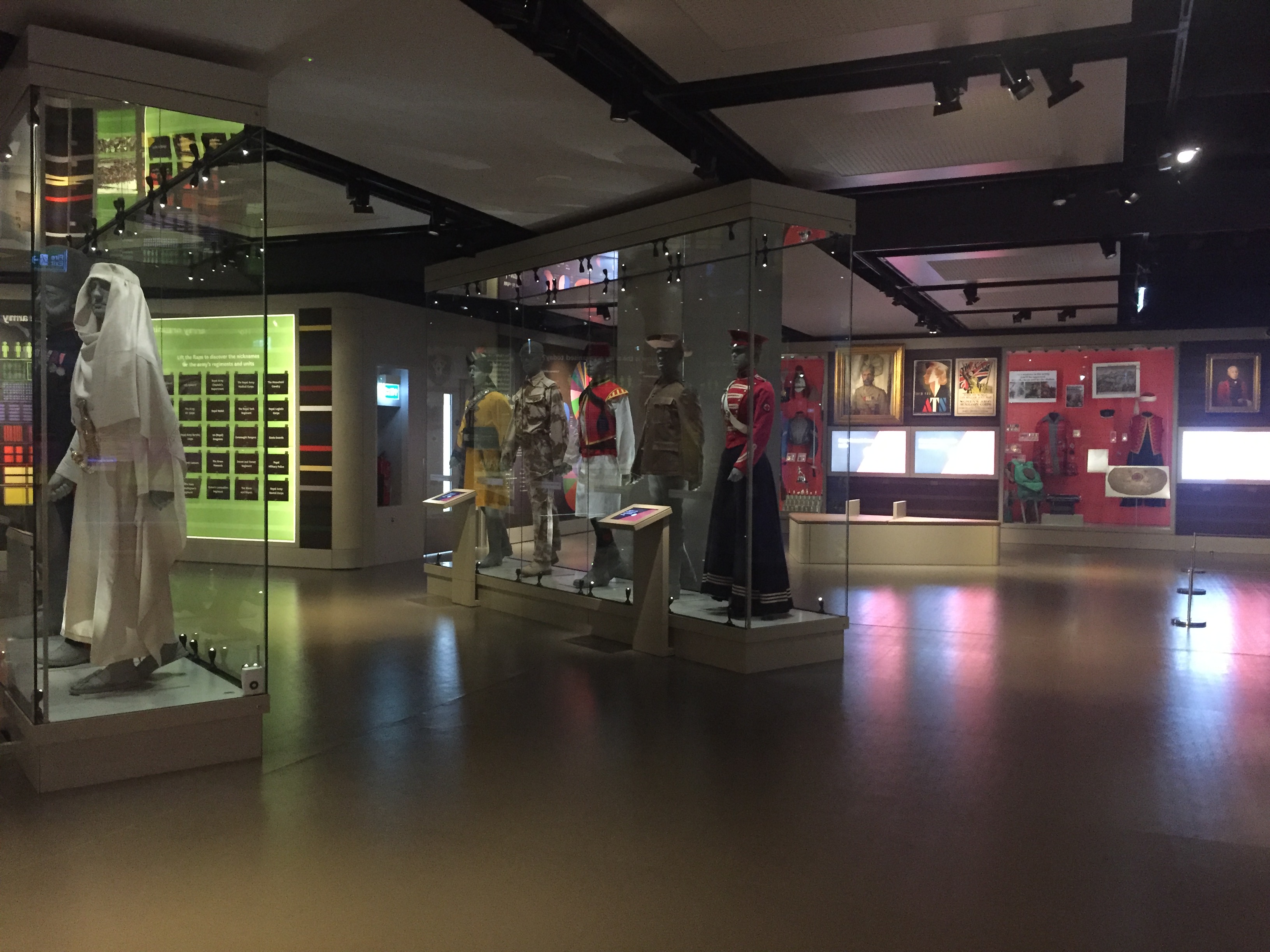 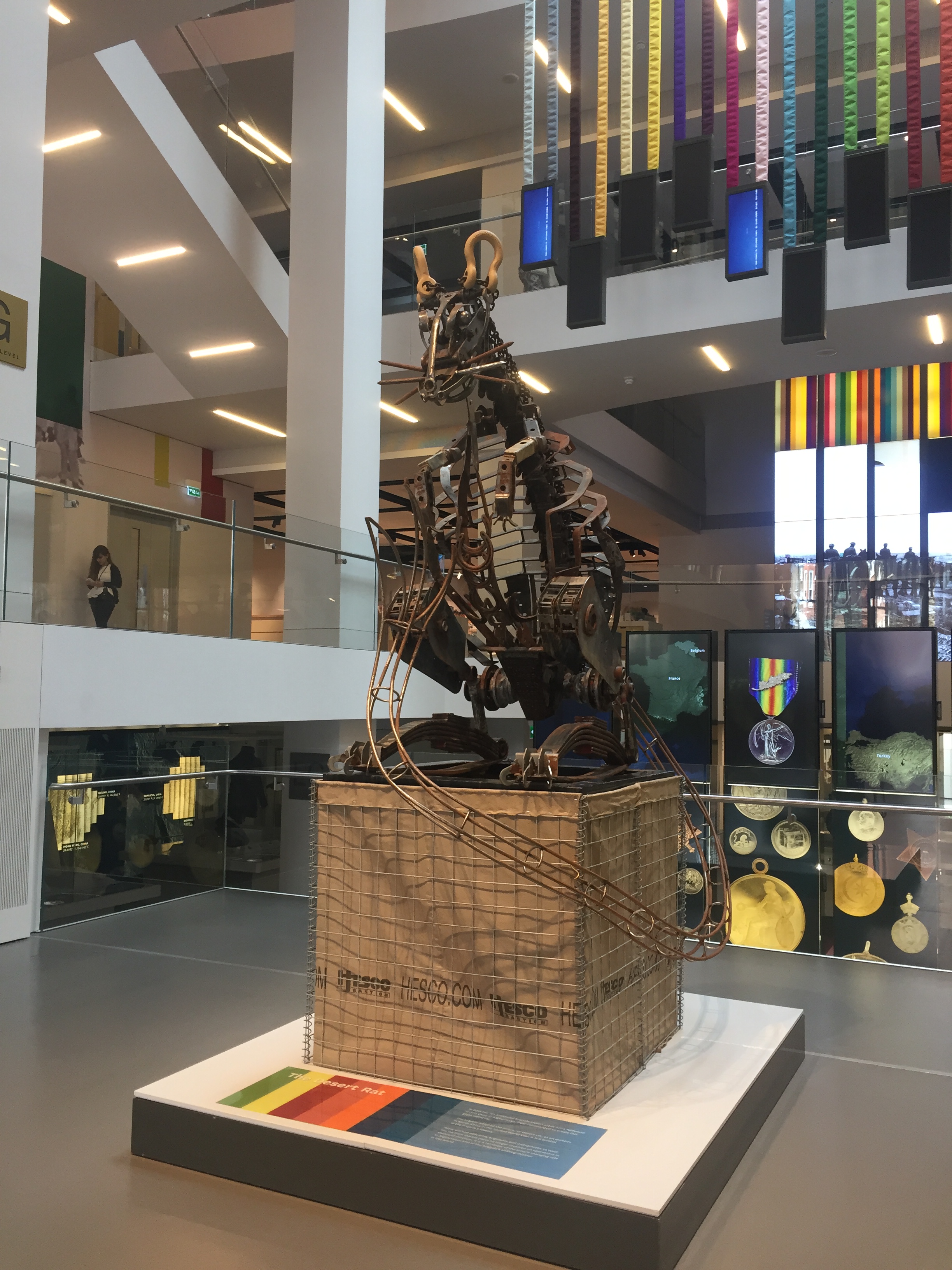 This last photo of the giant metal rat was created by Anna Redwood when she was invited out to Afghanistan by the 7th Armoured Brigade in 2014. The rat symbolises the desert rats who served in North Africa in WW2 and still today in Afghanistan. 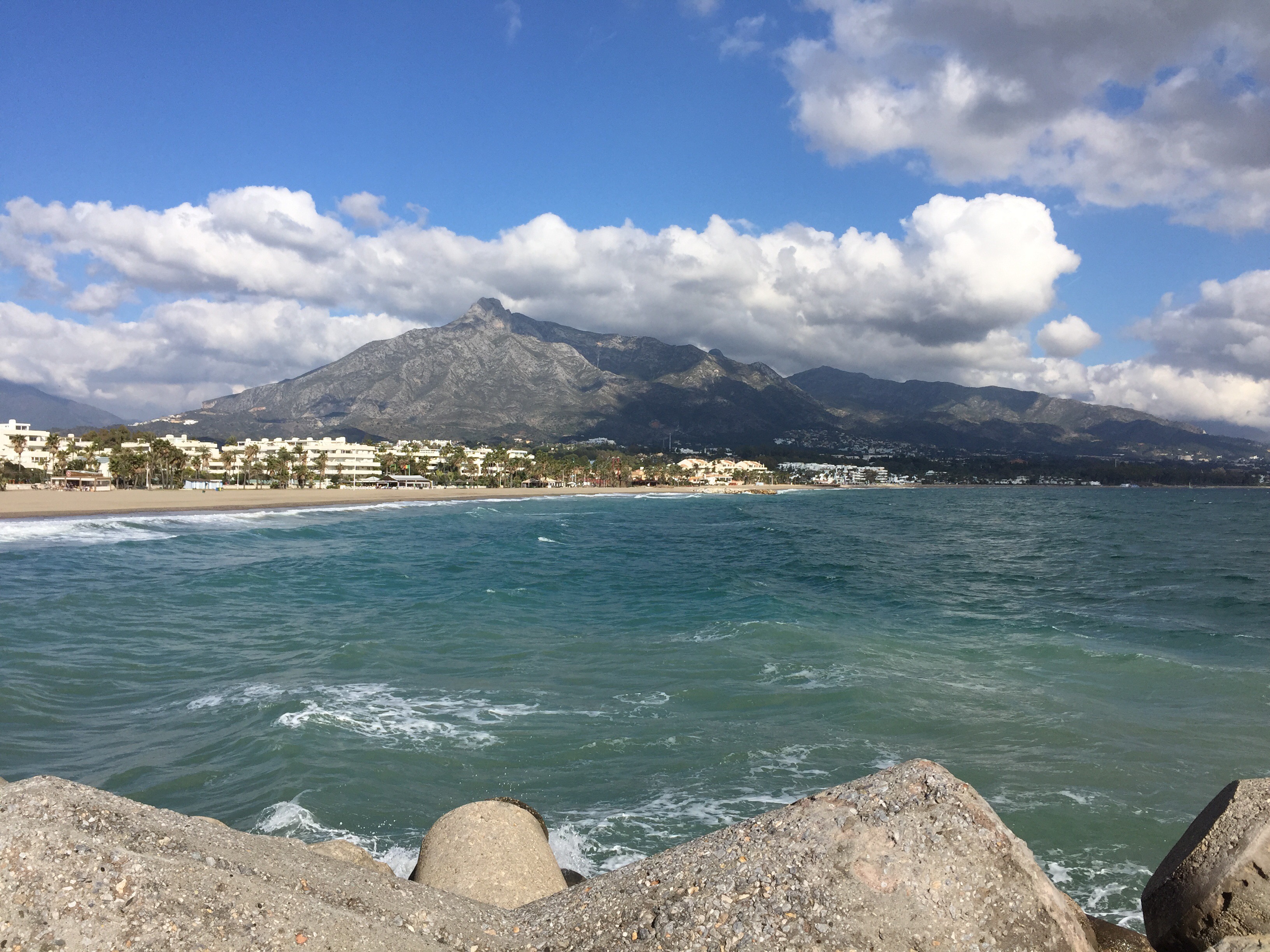 I see the mountain (La Concha translates to The Shell) from the apartment every year I go to Spain, rising high in the background with a superimposed look, but it’s very real.

I was driven over to a place which is also a national park meeting a friend of my brothers called Alex.

Straight out of the car park we began our walk down the road to an olive grove, through a woodland and up through a few rocks to our first sign-post. I was already feeling it then! I am clearly not as fit as I should be.

At the same time I was running the Nike fitness app on my phone so I could record my stats going up. This was annoying for me because she kept saying “workout paused!” And “resuming workout!”.

Up we went and I was making sure I had careful footing as there seemed to be a lot of loose rock. I hear Alex up ahead, “Come on this is easy” my reply was “maybe to you but this is alien terrain to me!”.

We stopped for a break half way up. 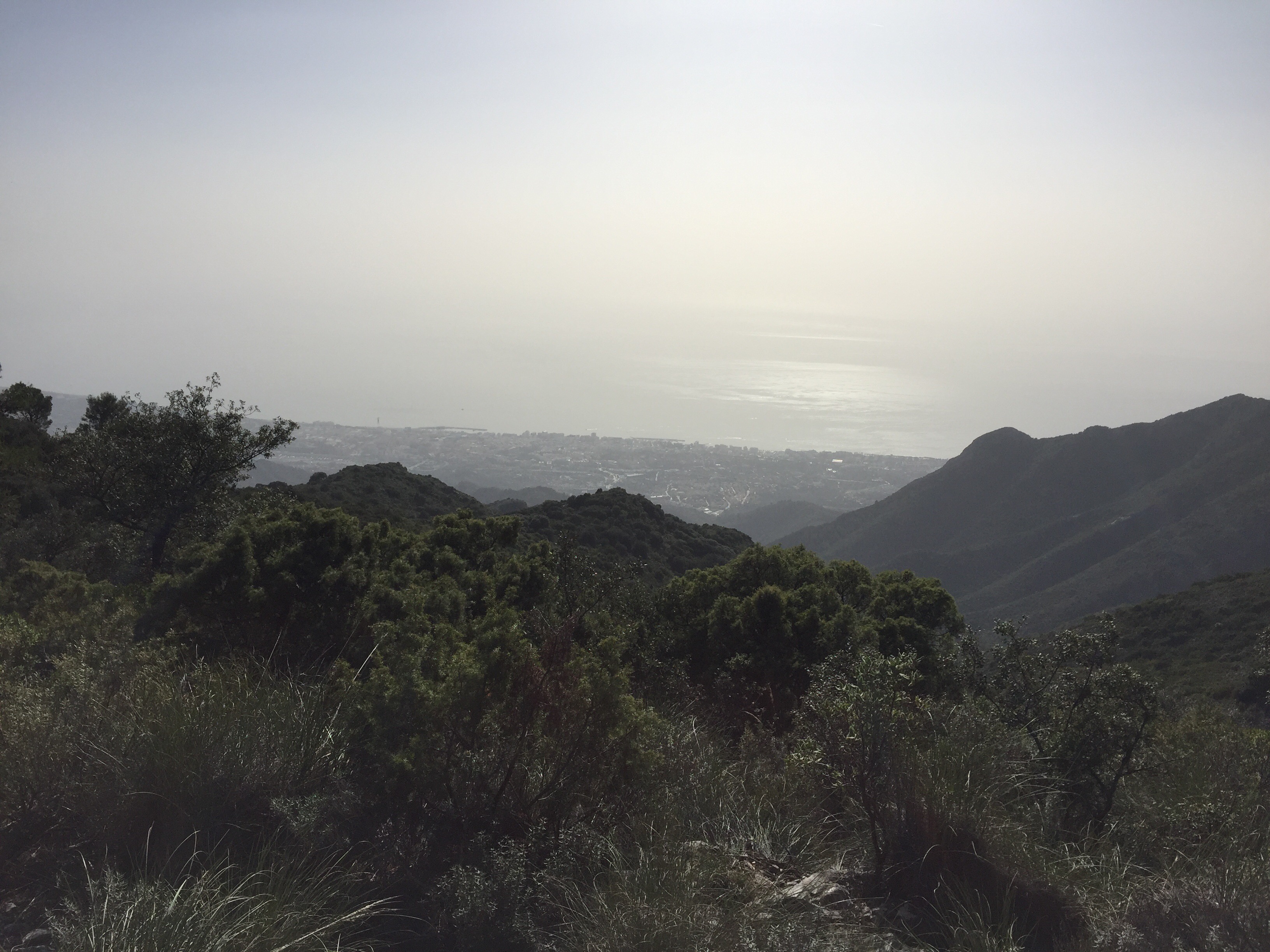 We carried on to the top, passing three points which were a bit more challenging hence they added chains to the mountain side to assist you. At the top I turned off my Nike app recording 6.5KM it said I had climbed an elevation of 546 metres and had only burned 368 calories. I don’t know how accurate the app was but I turned it off at that point. Knowing I had to walk back the way we came meant that’s doubling the stats!! A fair bit easier but it was still hard work. 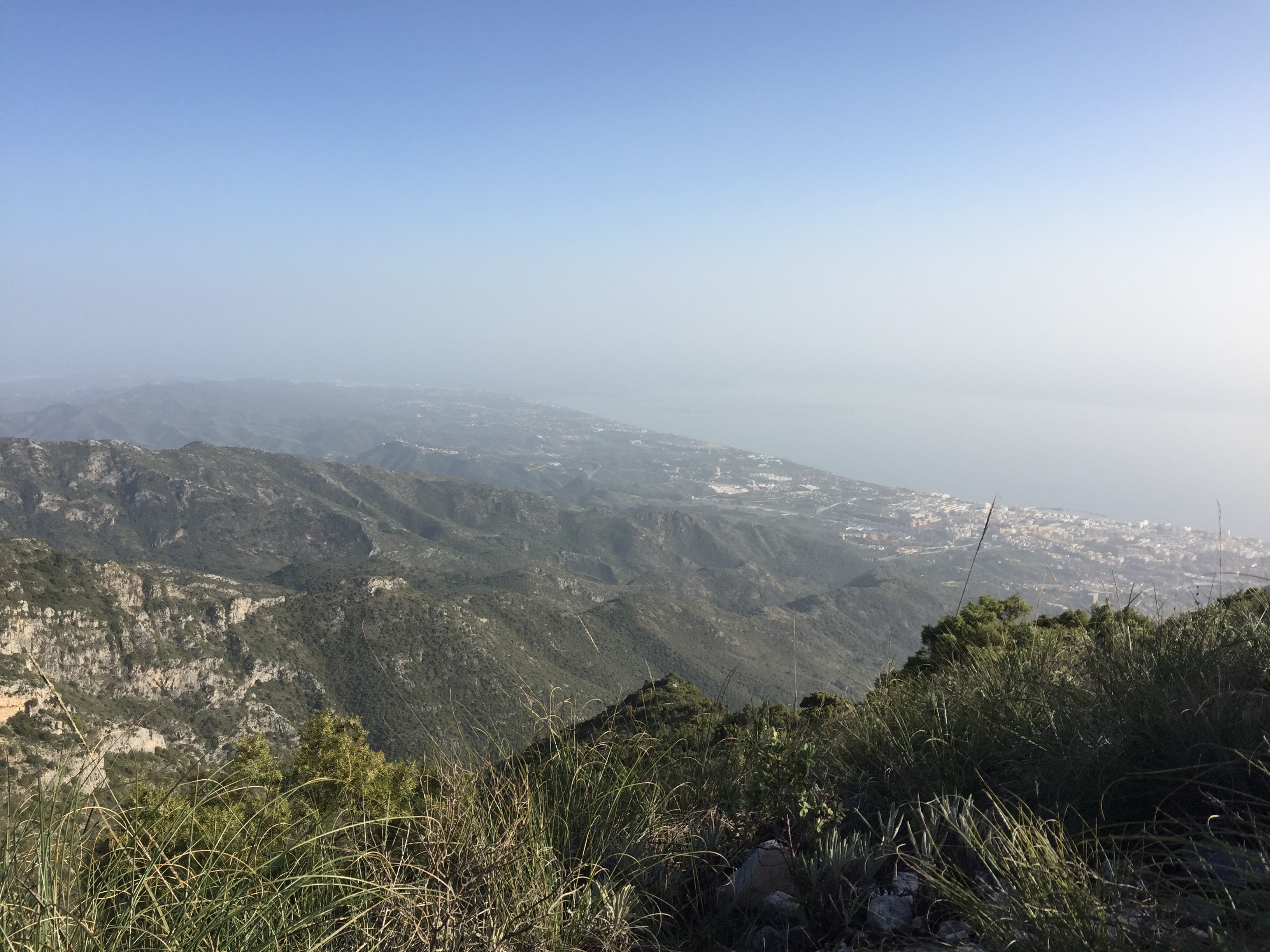 I’ve just been down to Euston to visit the Wellcome Collection and see their new exhibit titled Bedlam: the asylum and beyond. (till 15th January 2017)

I was expecting something more macabre but instead I found a strange collection of art and what I would say footnotes of the subject. There didn’t seem any depth to the exhibit, instead as you walk around the first installation you see some poor girl’s arm sticking out from underneath. This was followed by some explanation of what they were trying to say however I zoned out and my thoughts didn’t really focus too well on what was there.

A few paintings, prints, art and books. It seemed to be a very small part of the subject matter and a very small collection. All I can remember is that Bedlem derives from Bethlem Royal Hospital, and the name Bethlem from Bethlehem, Israel.

It’s not a subject I’ve ever really been interested in and unless you have interests in the subject matter I wouldn’t recommend a visit.

How many people have heard of Sir John Soane or know who he is? An architect born in the 16th century the son of a brick layer established himself as one of the greats of British architecture. He went on to collect many paintings, various pieces of architecture, different types of curious objects and even managed to acquire the sarcophagus of Seti I when the British Museum couldn’t afford it.

The museum is his old London home next to a nice little park in Holburn. It’s free to visit and I would recommend it is well worth it.